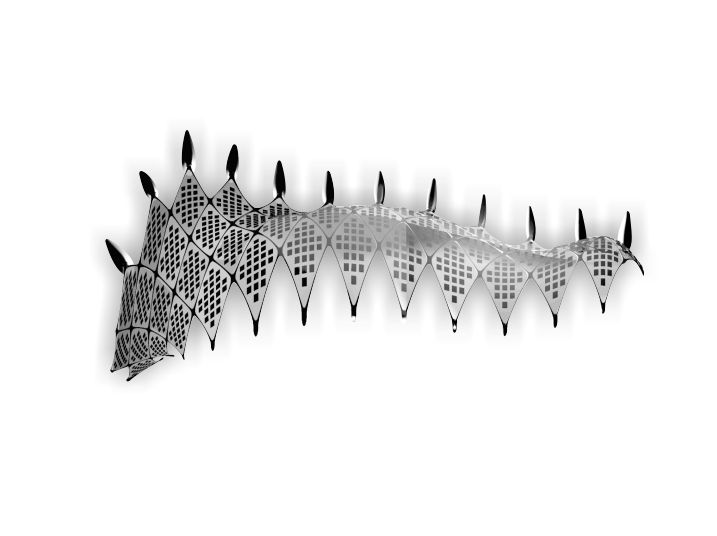 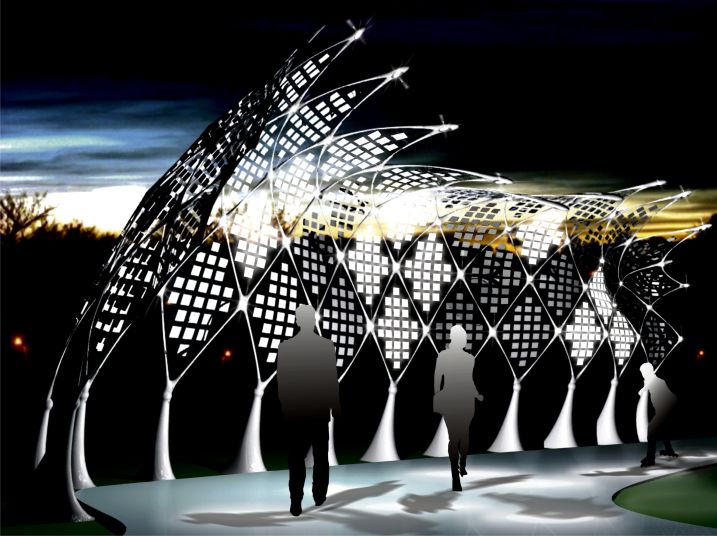 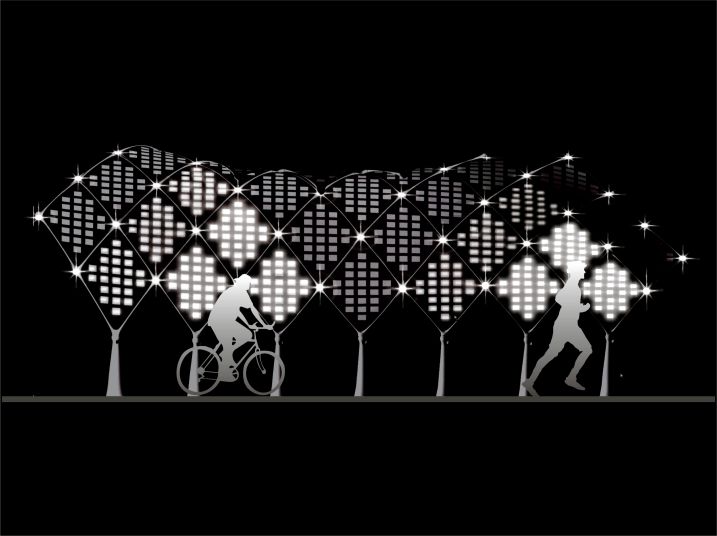 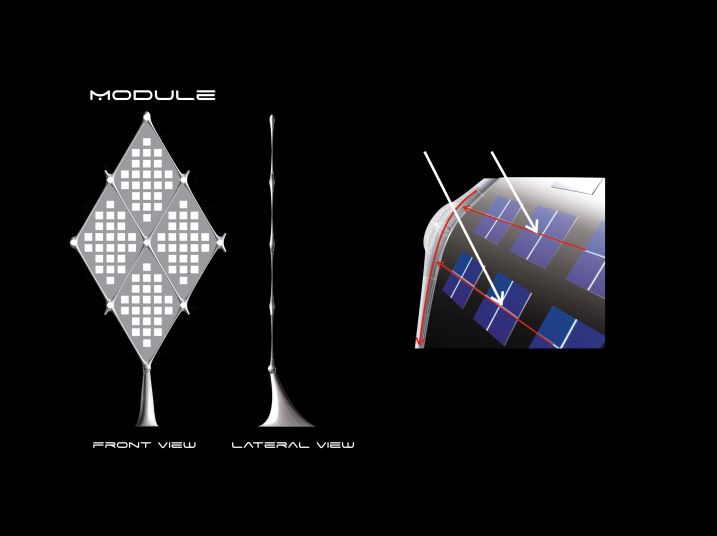 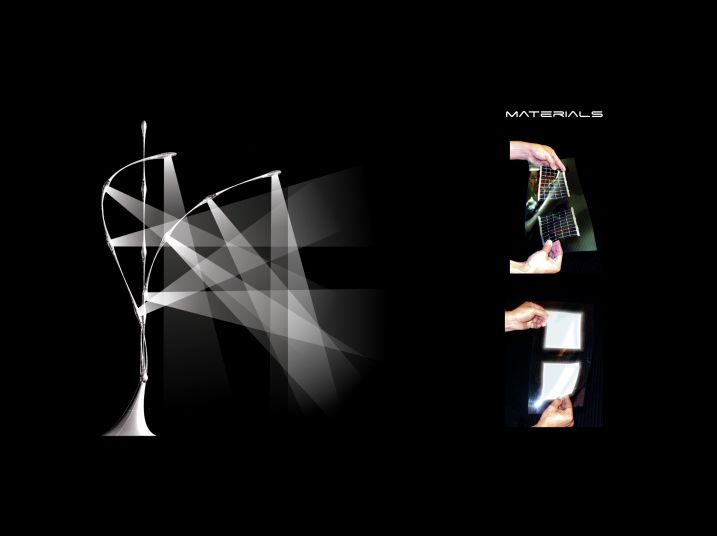 This project consists of a system of urban lighting for exteriors. Constructed by a modular adaptable and flexible system. The structure composed by flexible and rigid elements that articulate the movement of the membrane according to the orientation and direction of the light.
The supply of energy effects by means of an autonomous or hybrid system, across the solar panels flexes integrated to the membrane, which absorb solar power in the day, at the same time as they give shade and protection in the outdoors to the pedestrian. This energy that is accumulated in the devices located in the bases of the structure.
This active element of lighting does a dynamic scene composed by two systems of lighting, one permanent that this shaped by reflectors of leds that illuminate of constant form the space and another system that interacts with the pedestrian formed by screens of oleds that are activated by a controller of movement located in the reflectors of leds and that they activate the lighting of the panels.

We use cookies to ensure that we give the best user experience on our website. If you continue to use this site, we will assume that you agree. / Utilizamos cookies para asegurar que damos la mejor experiencia al usuario en nuestro sitio web. Si continúa utilizando este sitio asumiremos que está de acuerdo.OK