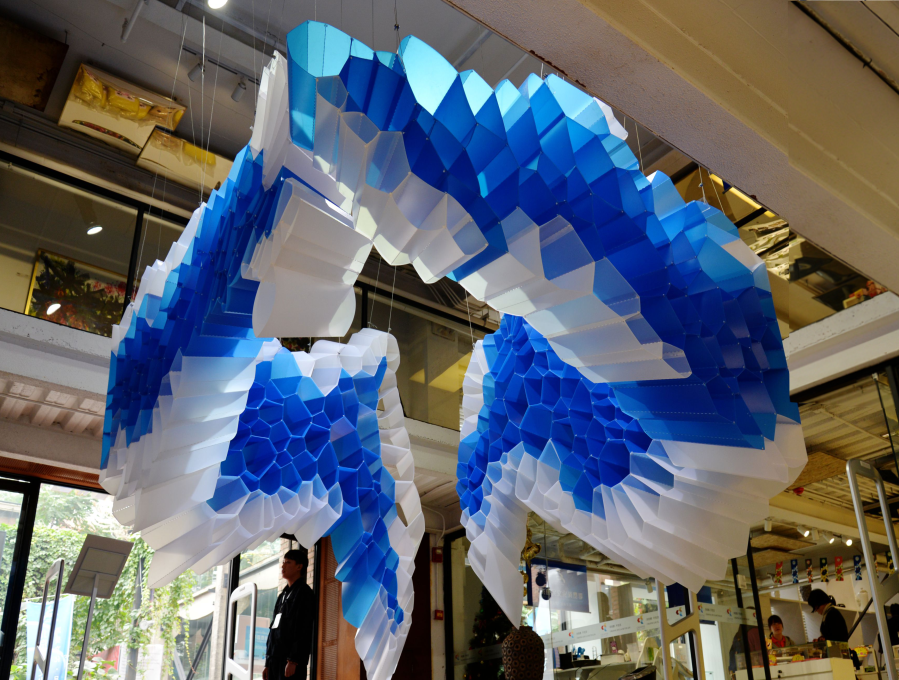 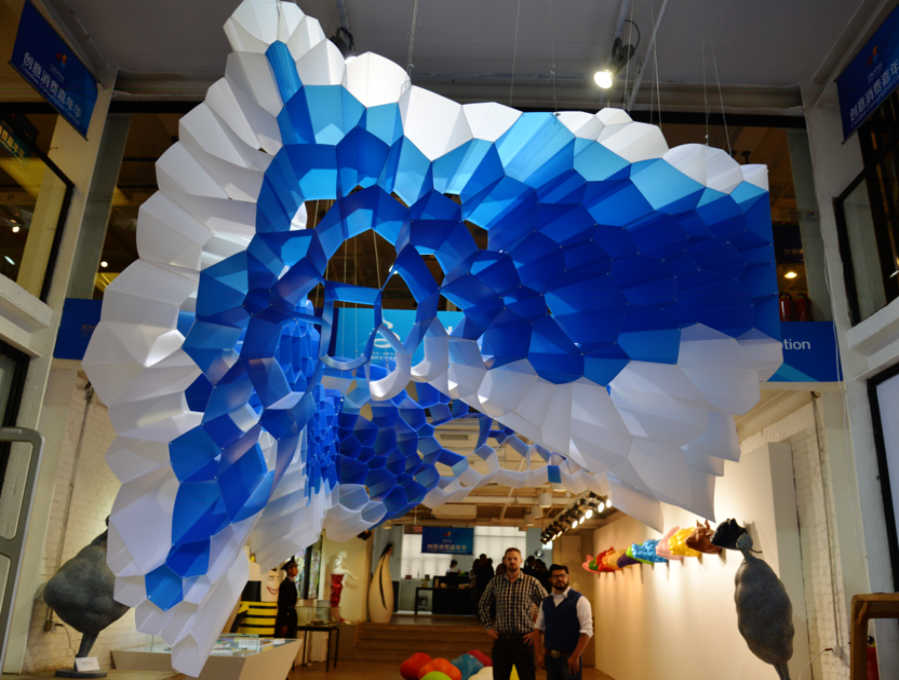 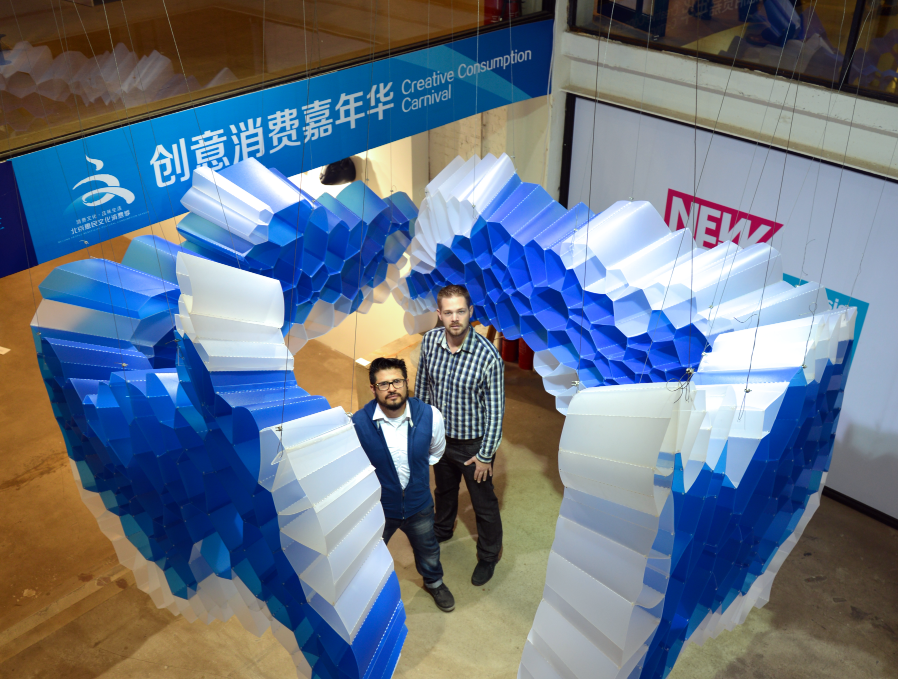 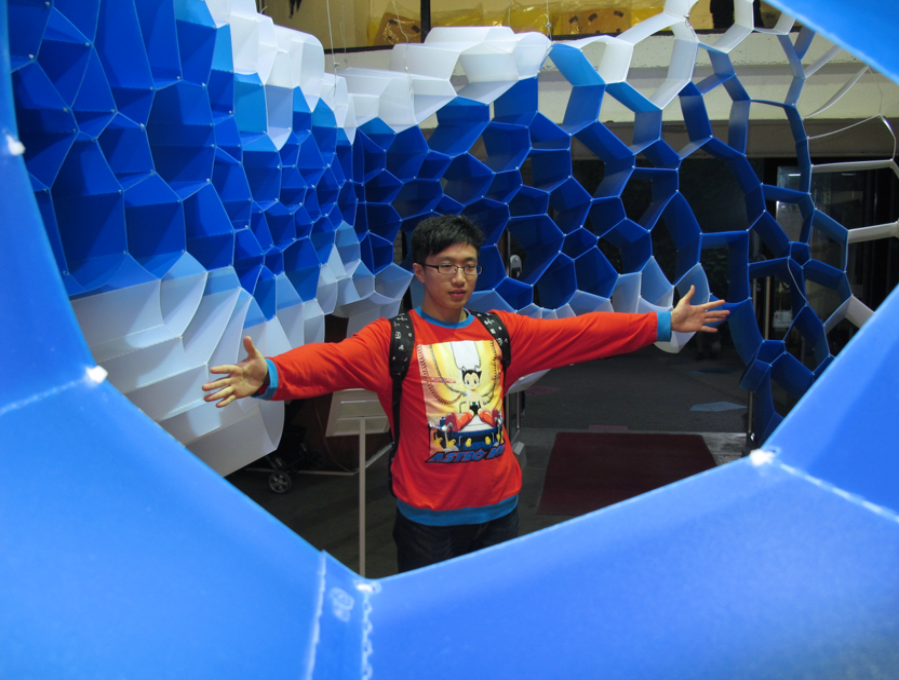 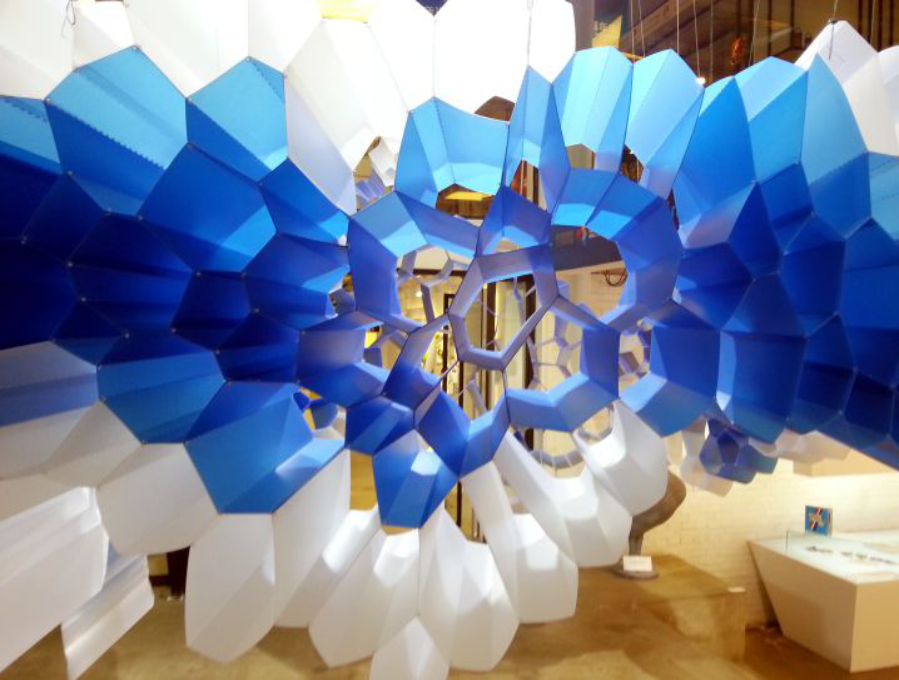 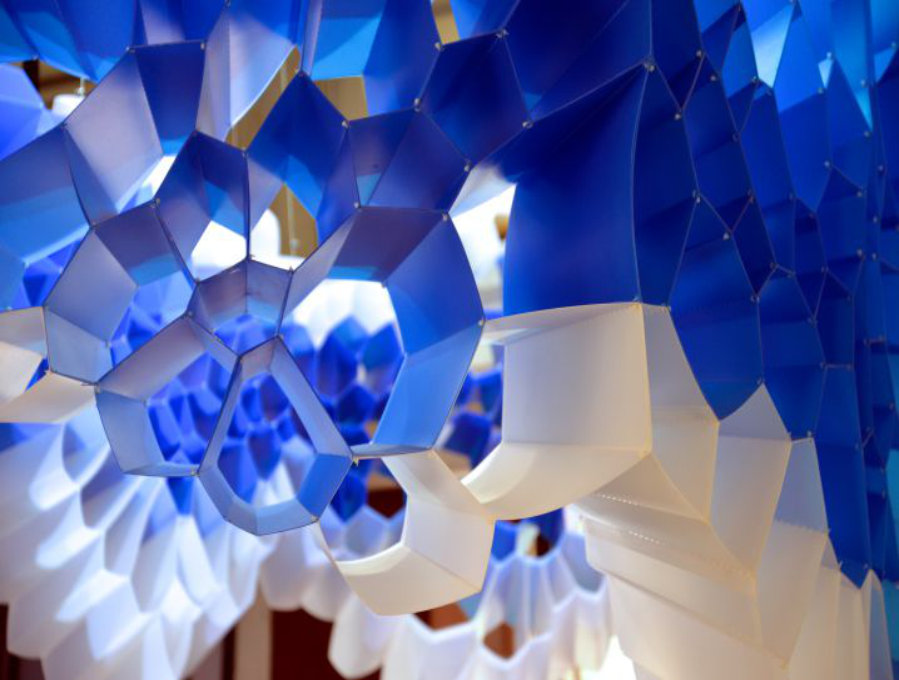 During the past Beijing Design Week , was presented the installation “Cell Cloud” by System Design Studio, for the exhibition “New Gen”, organized by the China Education Television, in the 798 Art District
CELL CLOUD is a formation of the random and organic geometry of the patterns of “marine clouds,” a structure shaped like honeycomb. Similar patterns are observed in flocks of birds, the growth of crystals, social networks and many ecosystems.
Using technologies of digital fabrication , two structures are created that seem to float, suspended as clouds. These are formed by 400 inter connecting modules.
As one moves around the structure, the perception of the cloud changes, recreating it from two-dimensional to three-dimensional, according to the position of the observer.

We use cookies to ensure that we give the best user experience on our website. If you continue to use this site, we will assume that you agree. / Utilizamos cookies para asegurar que damos la mejor experiencia al usuario en nuestro sitio web. Si continúa utilizando este sitio asumiremos que está de acuerdo.OK